"TOUCH" AS HEARD ON E! ~ "Keeping Up With The Kardashians" (KUWTK Season 12) Update Your Sexy Workout Playlist!

Eyyyy!!  Breaking news on a couple new releases that you might recognize from watching KUWTK Season 12!

Keep an ear out for "TOUCH" and "GIVE IT TO ME BABE" produced by Tristan Boston, Fire Hazard Productions!!

Keeping Up With The Kardashians celebrated and wrapped up their 20th season!  E! had some really cool events like a drive-in experience for their finale.  How fun!  Sad that we missed that one.

Now we can stream Season 12 on Hulu, Peacock TV or YouTube premium!

While you're at it....weekend marathon anyone?!

We hope that you have your phone handy, grab a bowl of your fav snack, and get ready to Shazam your way to a sexy fun workout playlist! 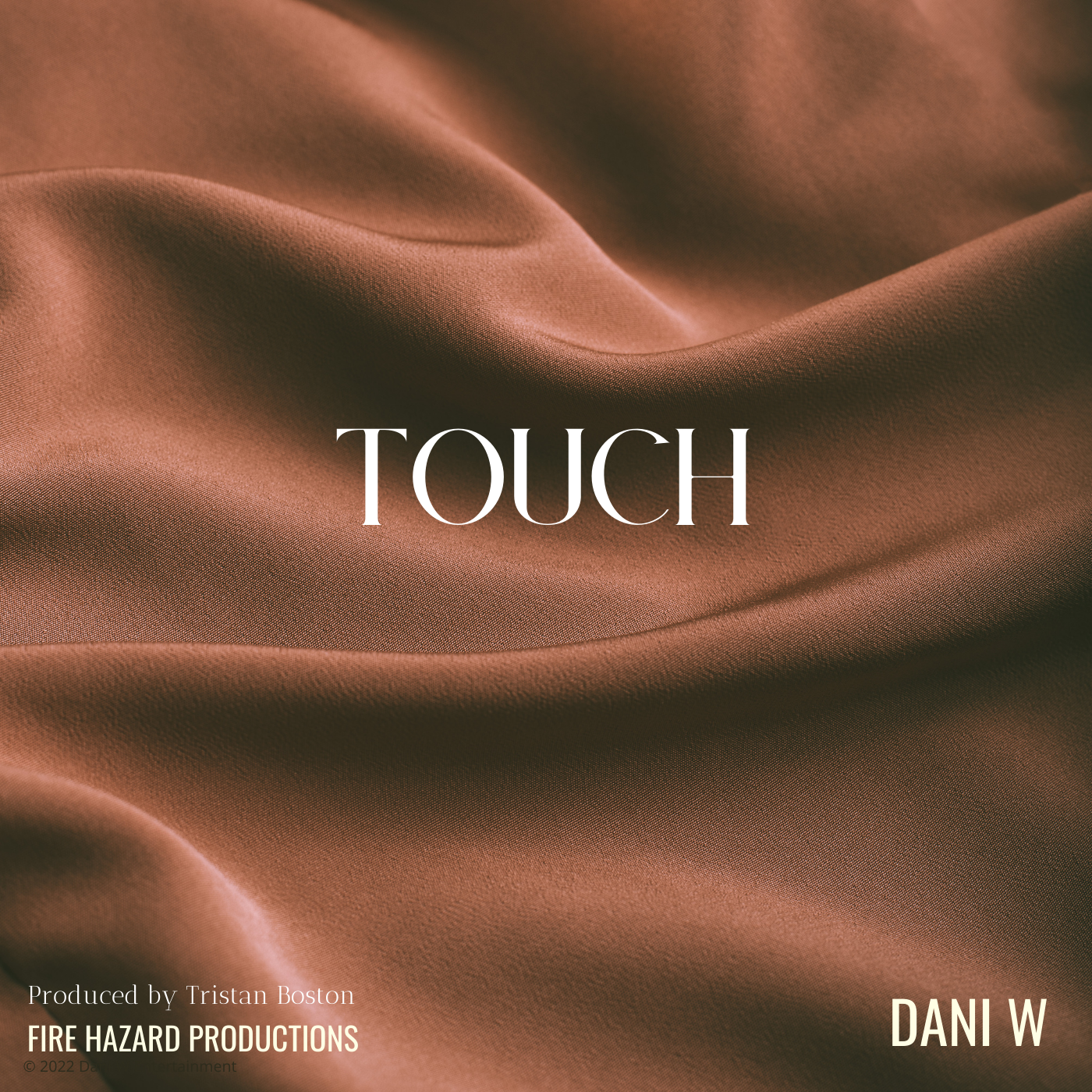 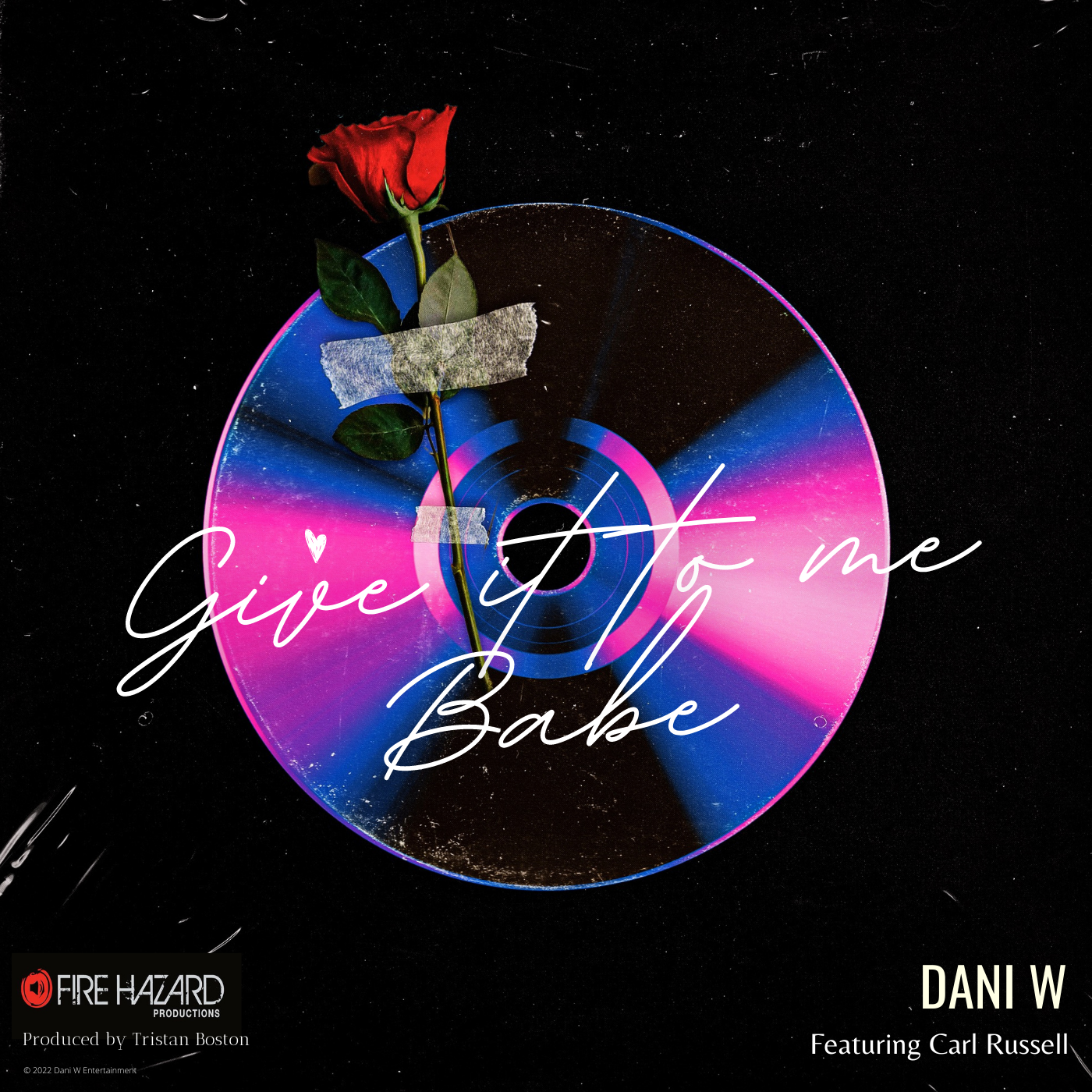 "Khloe and Kourtney Take the Hamptons" and "Bad Girls Club"!!

"Wild Ride" releases on 2.2.22 for your listening pleasure!  If you're watching re-runs, Shazam!

This was one of my favorite songs recorded at Fire Hazard Studios with Producer Tristan Boston!

"Wild Ride" found it's place on TV at the height of Keeping Up with the Kardashians.  A couple more tunes "Give It To Me Babe" and "Touch" ended up on E! network as well.  What a blast it's been to be included as a singer-songwriter.  You never know where these songs will find a home.

This is the first time we are releasing this song.  It's truly been a Wild Wild Ride!

Check out the song on Spotify and all the places you love to stream.

Thank you for supporting independent music! 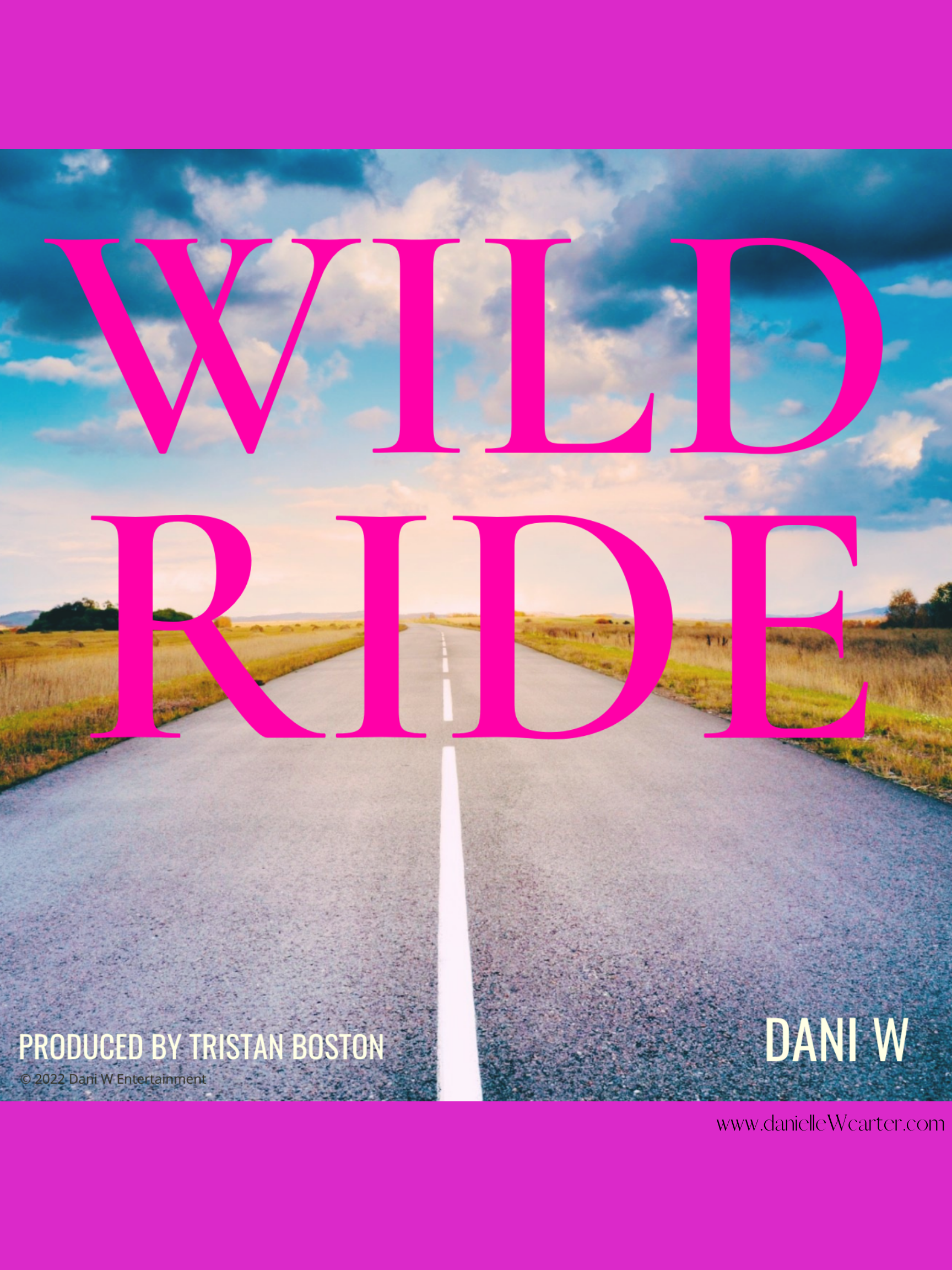 What an accomplishment!  We celebrate the success of Raynelle Swilling and recognize her 20 years of creating impactful content!  Raynelle shared her personal story through social media and shined a light on her team, including co-writer Ava DuVernay.  Raynelle made time to extend a personal thank you to Dani and other musical artists for the gift of our voices as a contribution to the show.  What an honor!  Raynelle and Ava both continue to make Women’s History shine bright as they continue their careers. Cheers to their success!!

After listening to podcasts about Cherish The Day, the word around town is that they employed just as many men as they did women on set to highlight how creative teams can be more inclusive.  Congrats to this talented team who continue to lead by example! 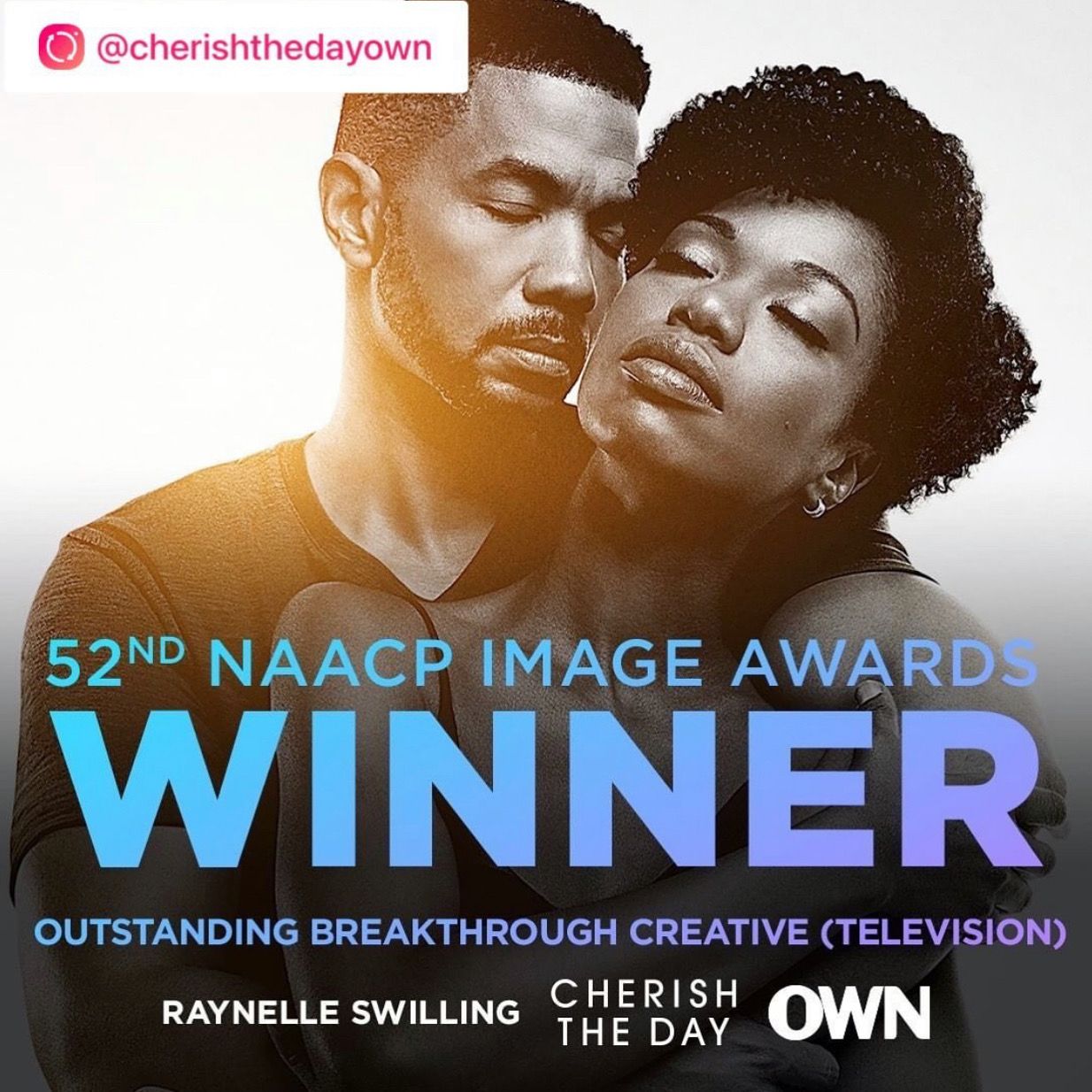 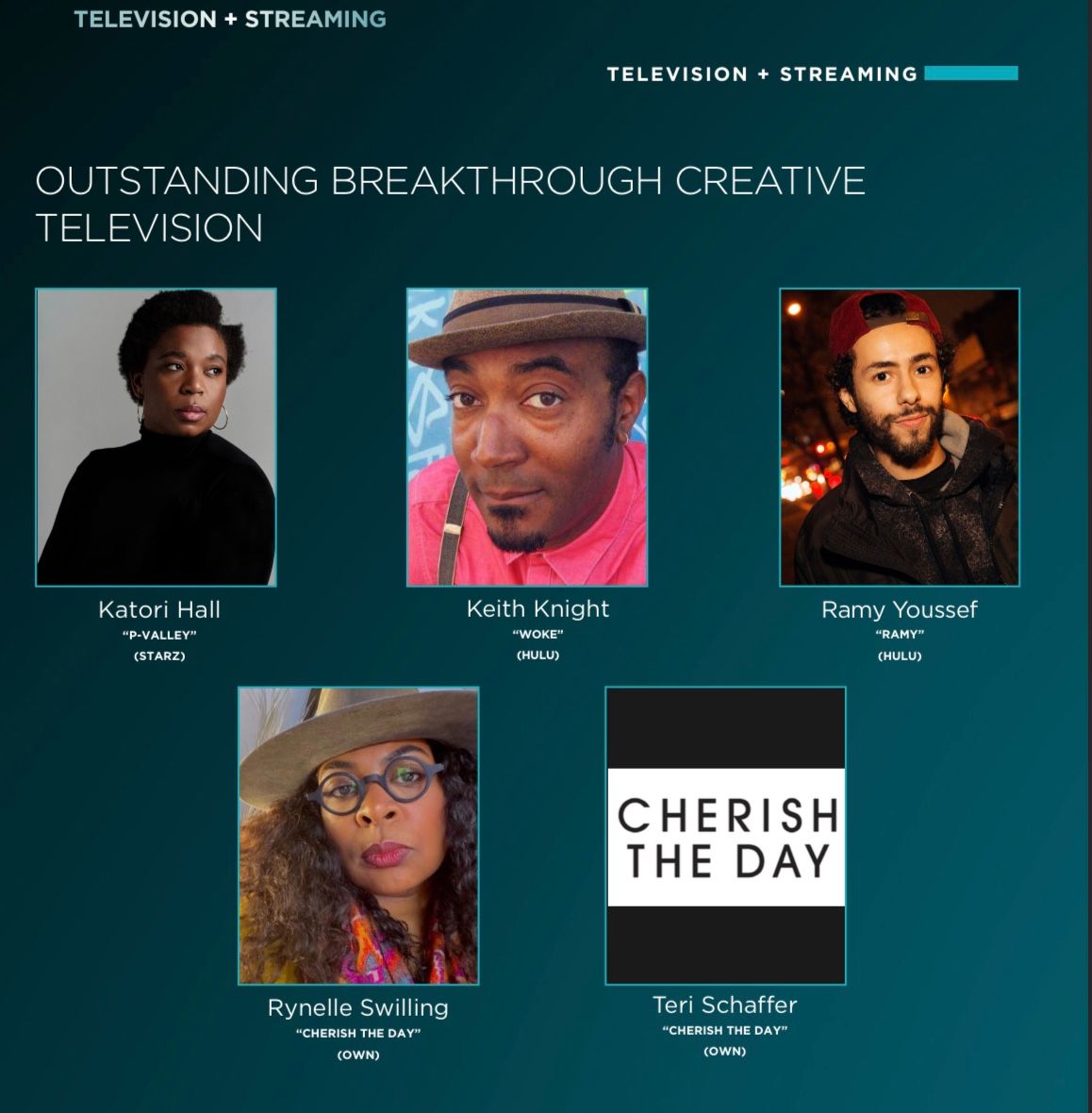 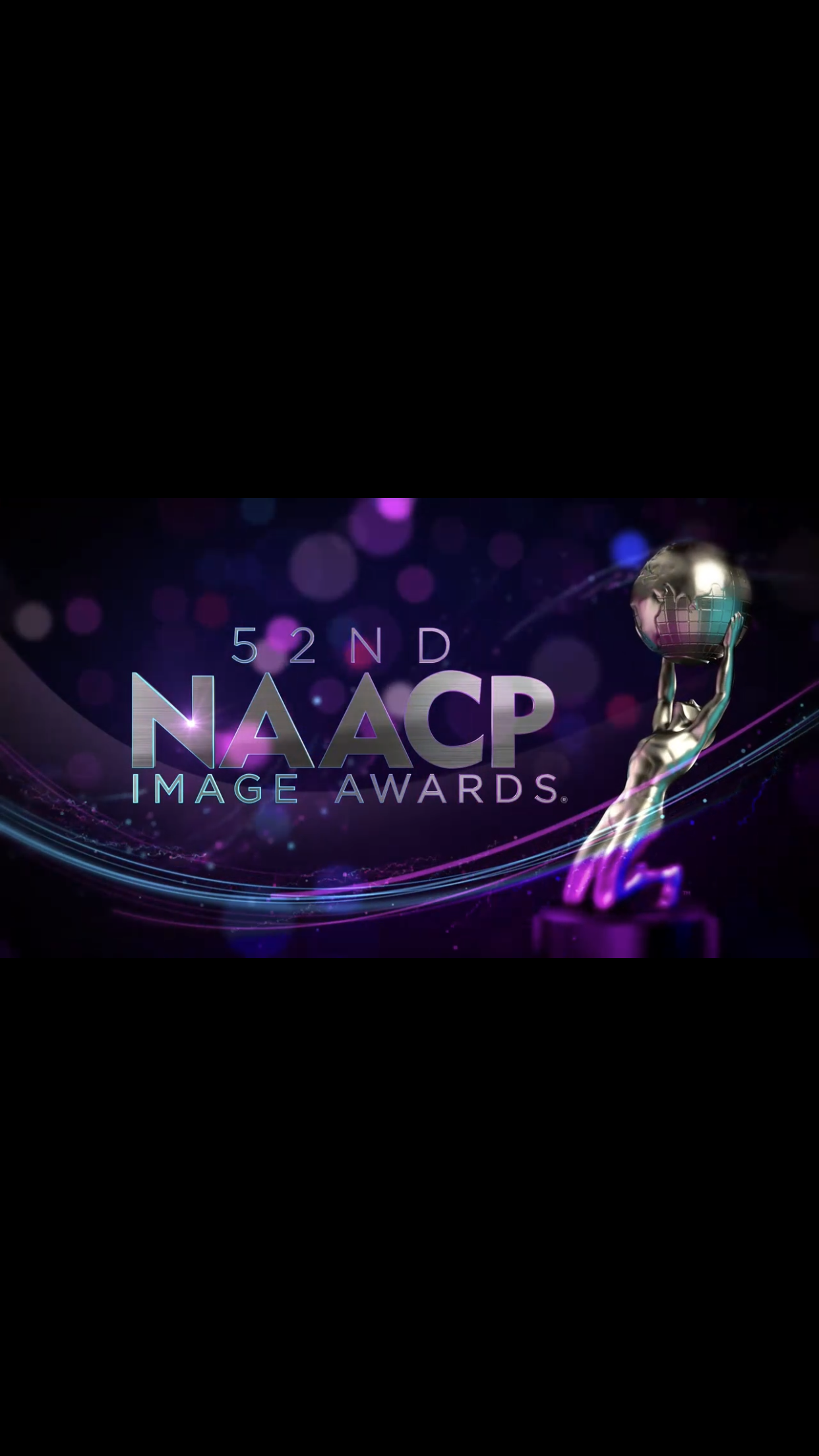 The NAACP Image Awards also honored those Cecily Tyson and other leaders who have paved the way for us and have now passed on. 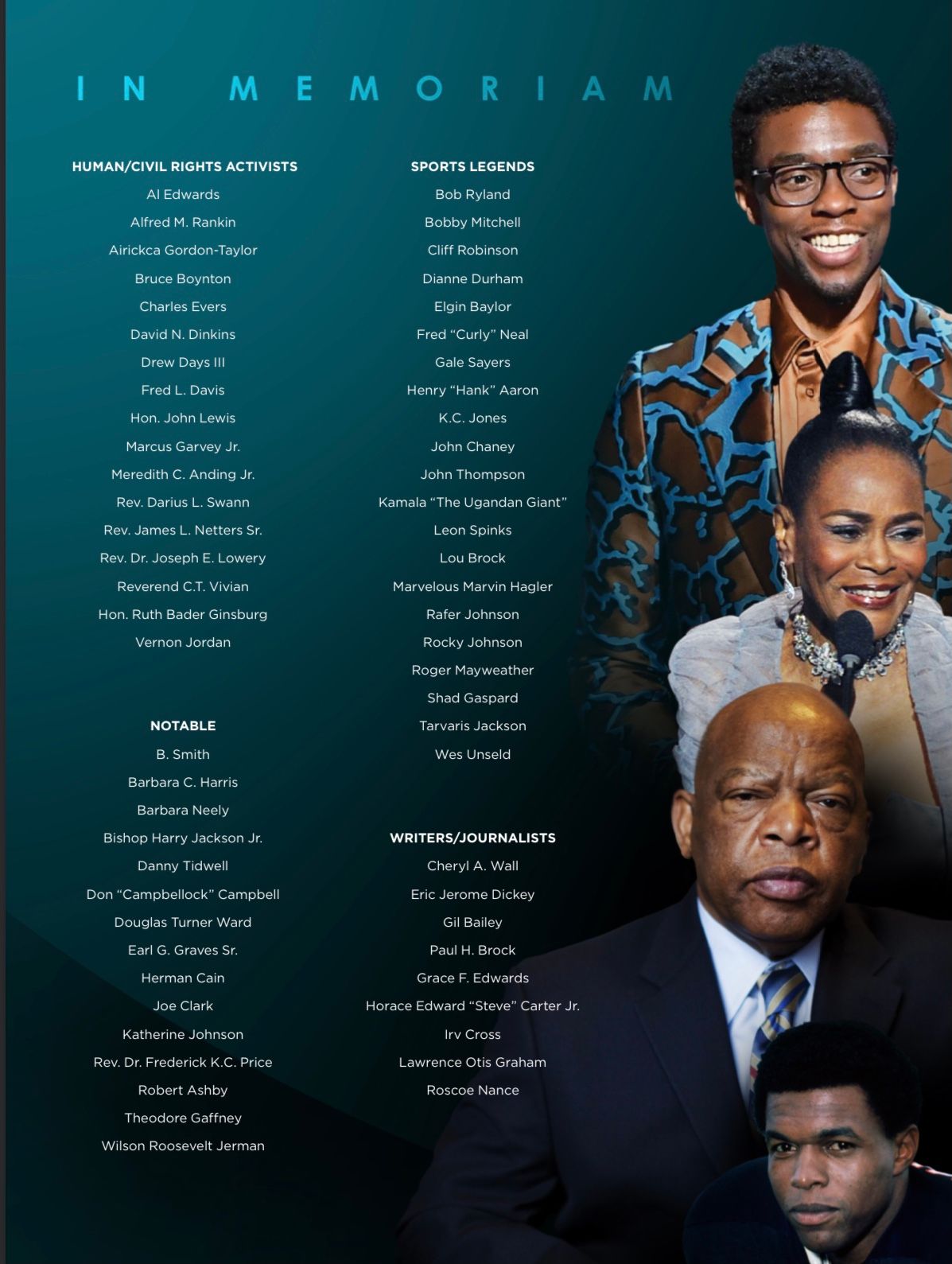 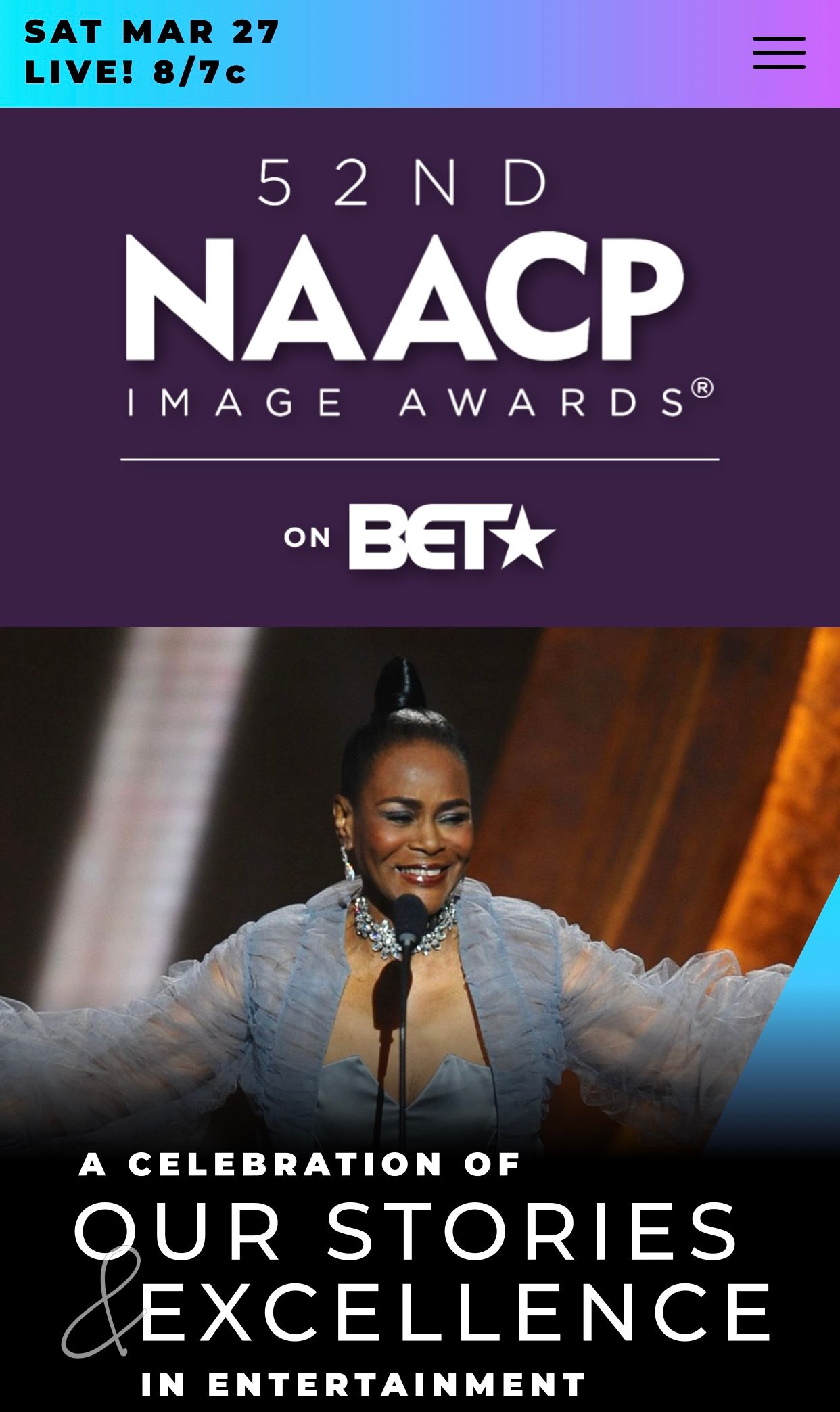 The night was filled with winners and star creative talent including Beyoncé Knowles Carter who won big among other incredible hardworking leaders. 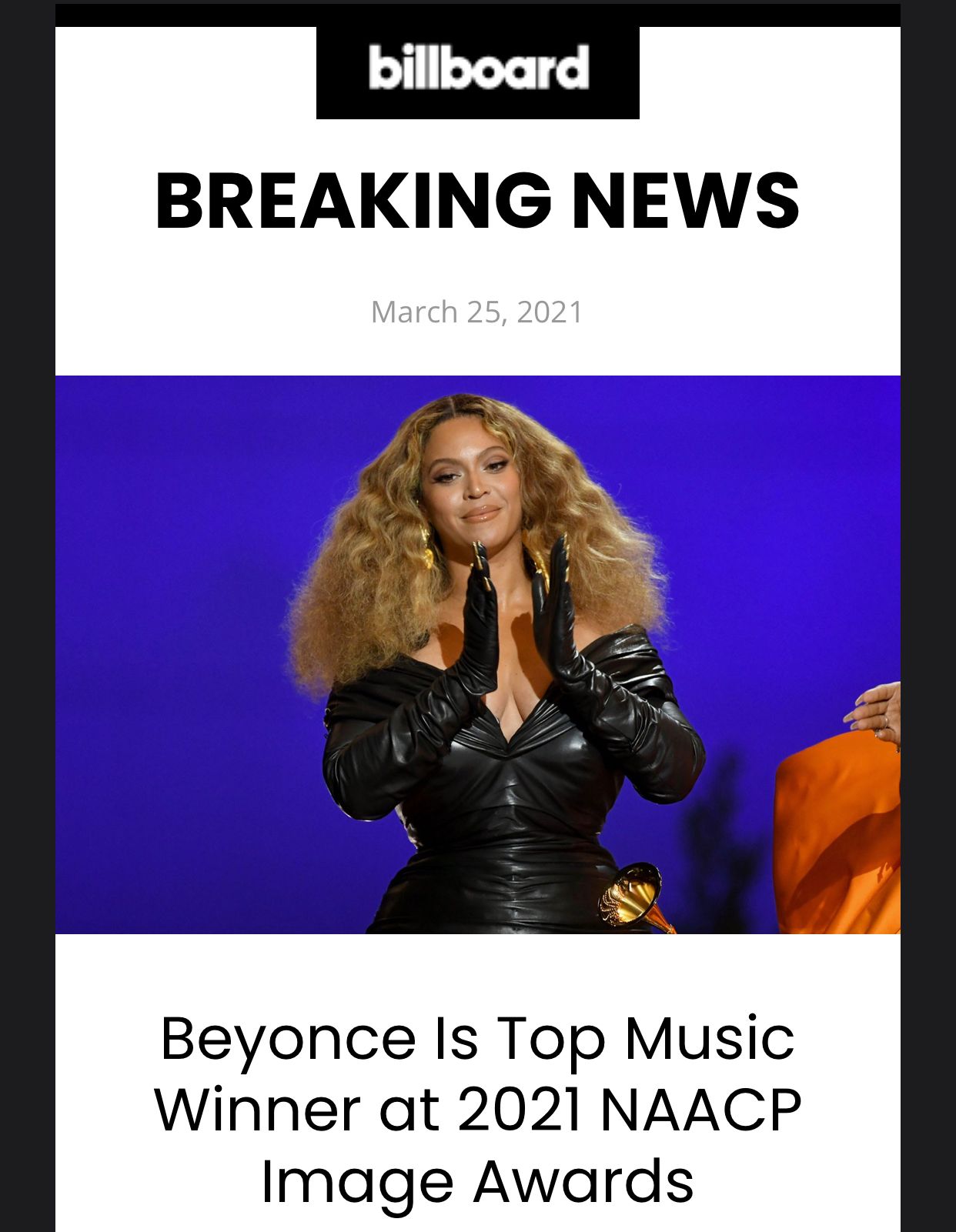 Although she did not pick up a camera until she was thirty-two, Ava DuVernay has made history as a writer, director, and producer. She was the first African American woman to win Best Director at the Sundance Film Festival, be nominated for a Best Director Golden Globe, direct a film nominated for a Best Picture Oscar, and direct a film with a budget over $100 million. Her work has made her the highest grossing Black woman director in American box office history. Her latest project, When They See Us, was nominated for 16 Emmy awards, making her and Beyoncé the first African American women in Primetime Emmy history to receive multiple nominations in their careers for directing.

“Cherish The Day” TV Series renews on Oprah’s OWN

We are excited to hear that “Cherish The Day” by Ava DuVernay is being renewed for a second season. Dani W + Drew was first debuted on Season 1, episode 2 during the art gallery scene. Catch up on Season One on OWN TV while we await another season. 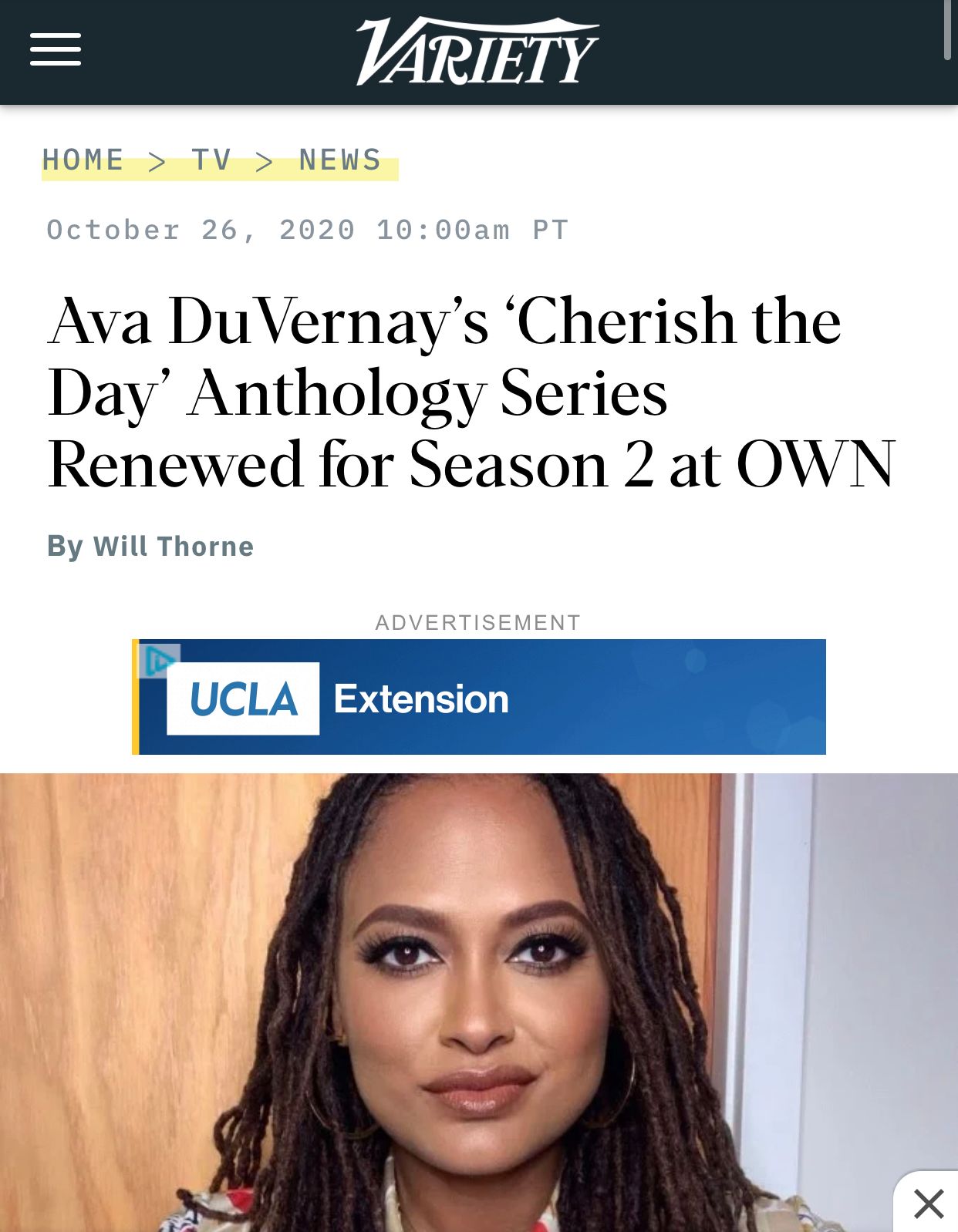 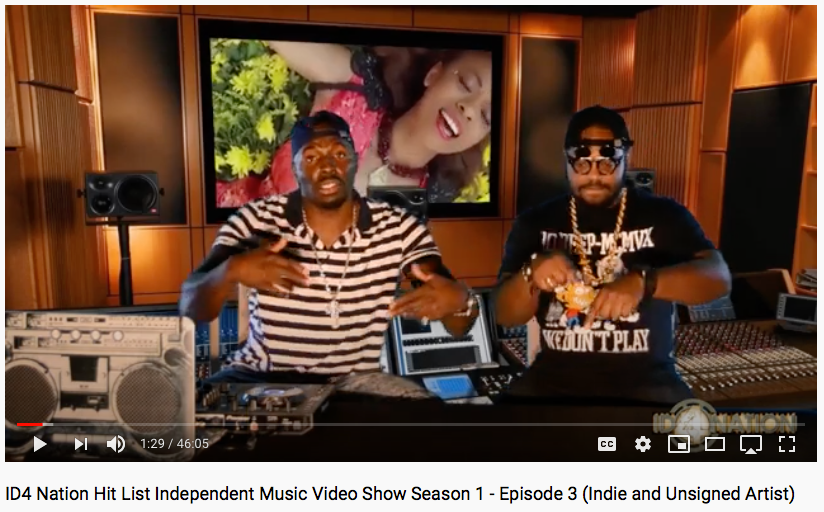 “Tell Me How You Really Feel” Now Streaming!

OUT NOW on Spotify! “Cherish The Day” TV Series Music debuts “Tell Me How You Really Feel” by Dani W + Drew

AS HEARD ON OPRAH’S OWN TV NETWORK.

Dani W + Drew out now on Spotify, Amazon Music, Google Play and more.  Find their artist page on your favorite platform and join their page as a monthly listener.

"Tell Me How You Really Feel" recently premiered on Oprah's OWN in a TV series called "Cherish The Day" Directed by Ava DuVernay (Selma, They See Us, 13th...).  The new music video is out now - Watch it on SoulTracks.

For updates on livestream performances and behind the scenes footage exclusives, join the mailing list on the home page. 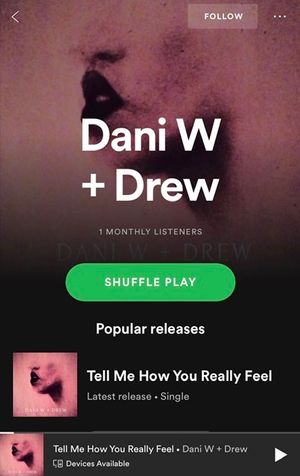 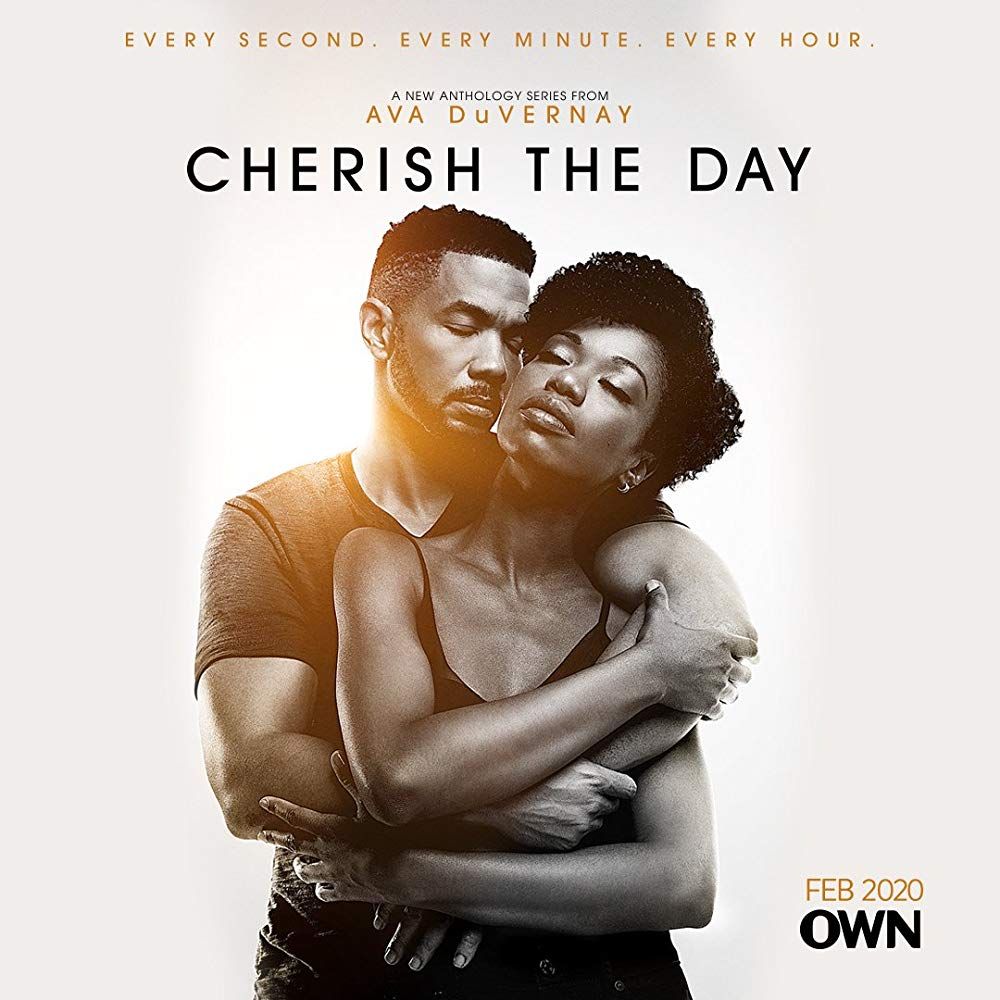 Powerhouse Ava DuVernay aired her new show “Cherish The Day” on OWN network, premiering the first two episodes.  Dani W and Drew reveal their debut single “Tell Me How You Really Feel”, their original song produced by Lyell Roeder, in the Art Gallery scene in Episode 2.  Things are heating up between the two lead characters and we can’t wait to see next week’s episode.

D+D are proud to debut their original song featured on the “Cherish the Day” soundtrack!  Stay tuned for the official single release on their Instagram/Facebook ( DaniWDrewMusic) or join the mailing list on the home page for more. Need to hear it now?  Spotify and Apple Music, listen to the lyric video on YouTube here: https://youtu.be/jNXZxLNDLBc Cover Art by Jessica Kemejuk.

What the world is saying about “Cherish The Day”“ Reviews in the Press below.  Most importantly, once you’re all caught up on “Cherish the Day”, tell us how you really feel.

Honored to be invited to provide music for this wonderful charitable event hosted by ABC7’s Veronica Miracle for the Foothill Unity Center!  Wonderful cause! 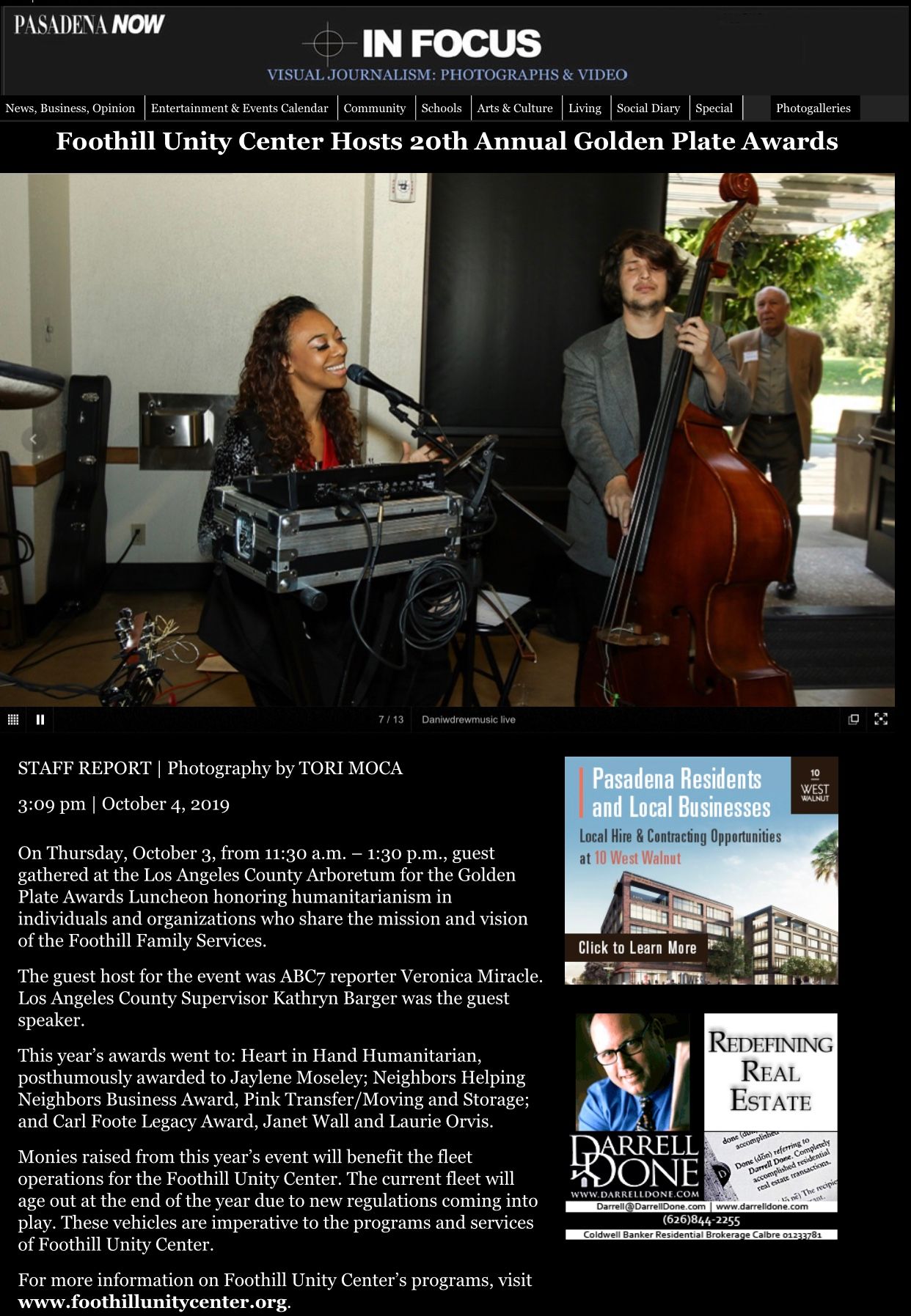 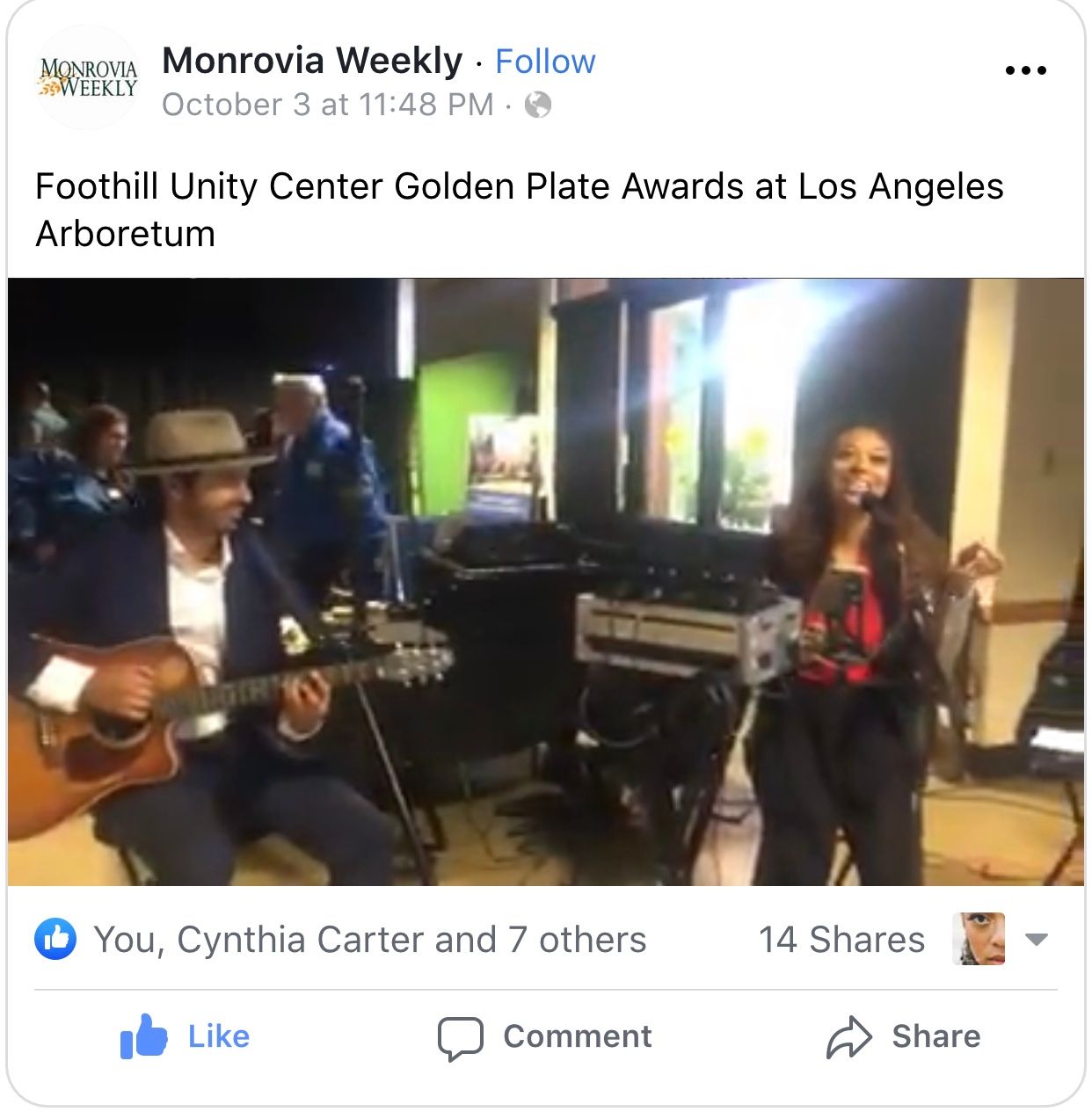 Celebrate with Dani W!  She was just awarded first place for her original song “Living Legacy”!

Judges included Grammy nominated producer/engineer Bruce Sugar (Ringo Starr, Ozzy Osbourne), Darryl Ross; a Multi-Platinum producer/arranger, Barry Coffing; a No#1 songwriter, whose songs have been in over 200 films and TV shows, Alan Roy Scott who has had cuts with (Celine Dion, Roberta Flack, Cher, Ray Charles), Mike Gormley, LAPD Mgmt. who helped launch the careers of Rod Stewart, BTO, Rush, The Police, Danny Elfman, the Bangles and Diana Williamson who has written 2x#3 Billboard Hot Club chart songs, is author of “101 Tips and Tricks of Successful Songwriting, is a Voting Member of the Grammys, a Juror for Factor and CEO of Themusiclibrary.org

Huge thank you to Tanner Richie who produced the music for Legacy and to the entire dream team who created the official music video Directed by Derek Jennings which is OUT NOW on YouTube!

Watch the official music video on the home page or stream the song on Spotify or your favorite listening platform! 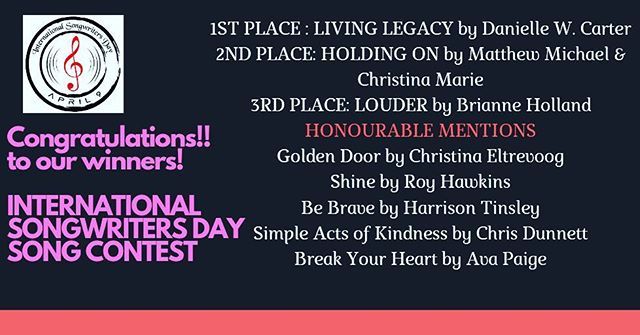 Online Party is Half Way There! Meet Our All Star Choreographer Chuck Maldonado....

We are 15 days into the 30 day online party campaign which launched with fireworks!!!

Thank you for everyone who has contributed and helped us thank the creative team for the official music video "Legacy"!!  If you're in a position to share the campaign message or to contribute, here's the link:

Head Choreographer Chuck Maldonado has worked with a range of A-list and indie talent!  We are honored to have him lead the choreography with his team of lead choreographers Patrick Leshore and Solice Surles.

Check out Chuck Maldonado's reel below, or Click here: https://www.youtube.com/watch?v=FahJKz0Px6U 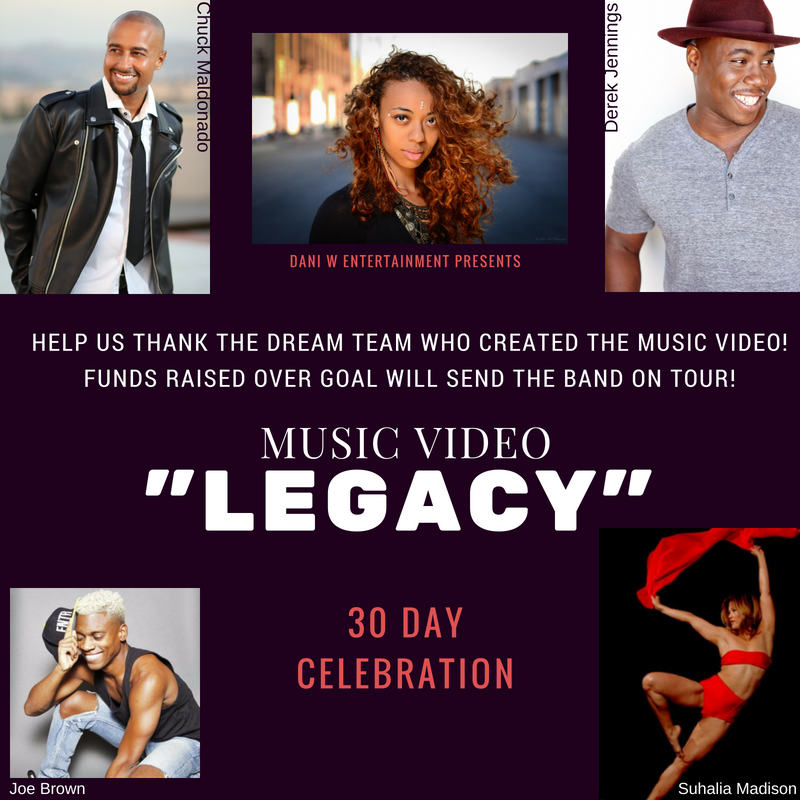 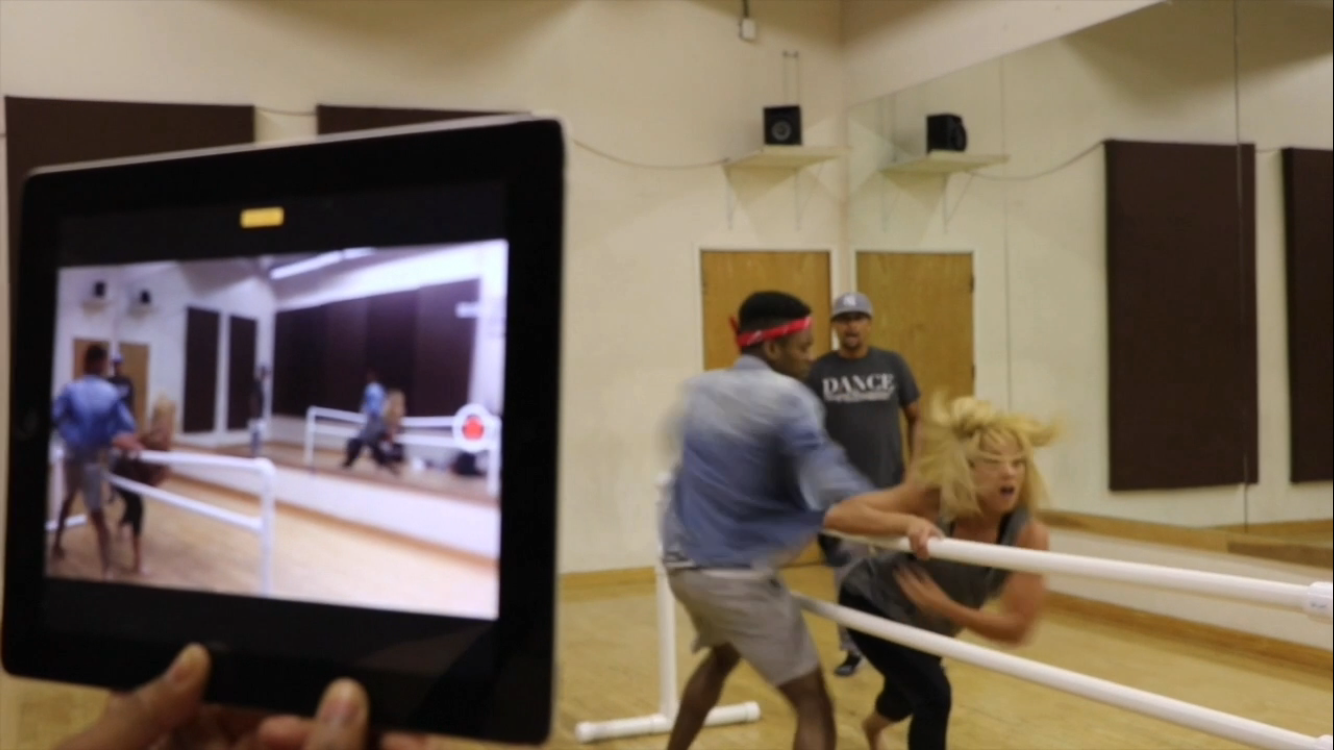 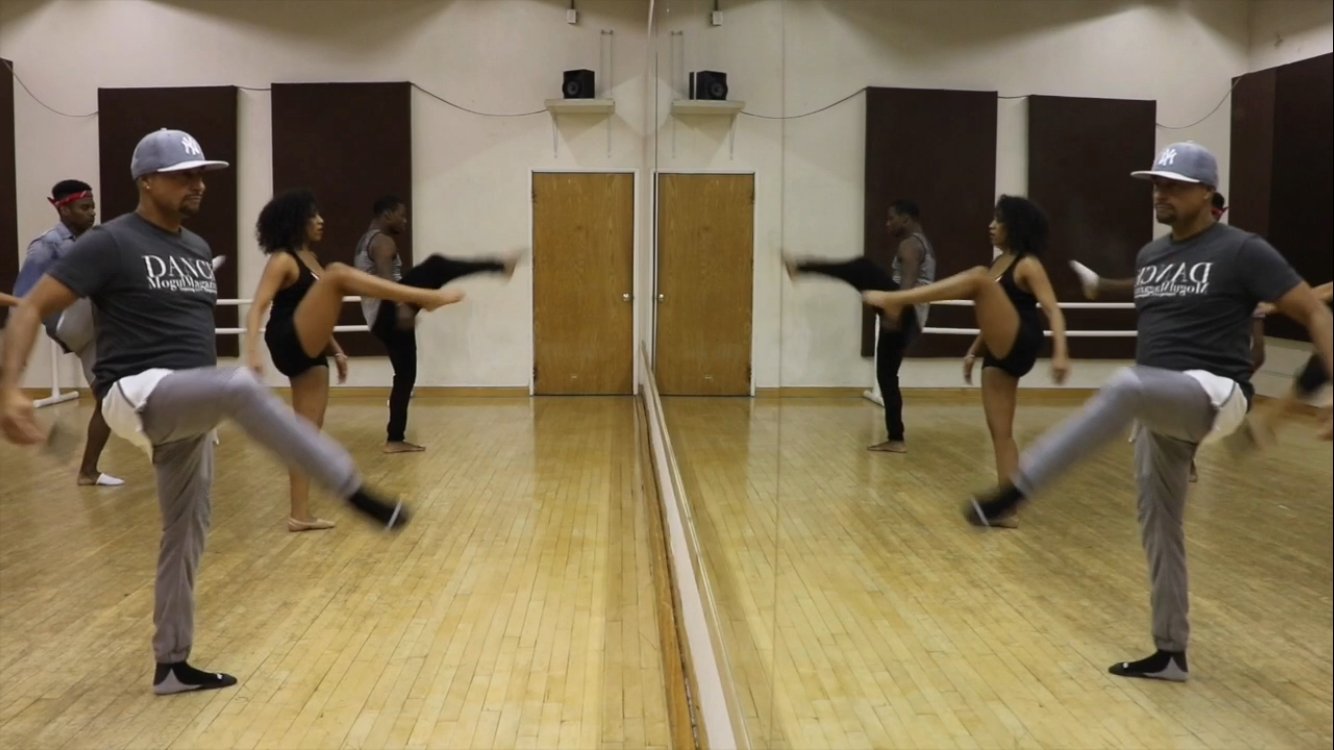 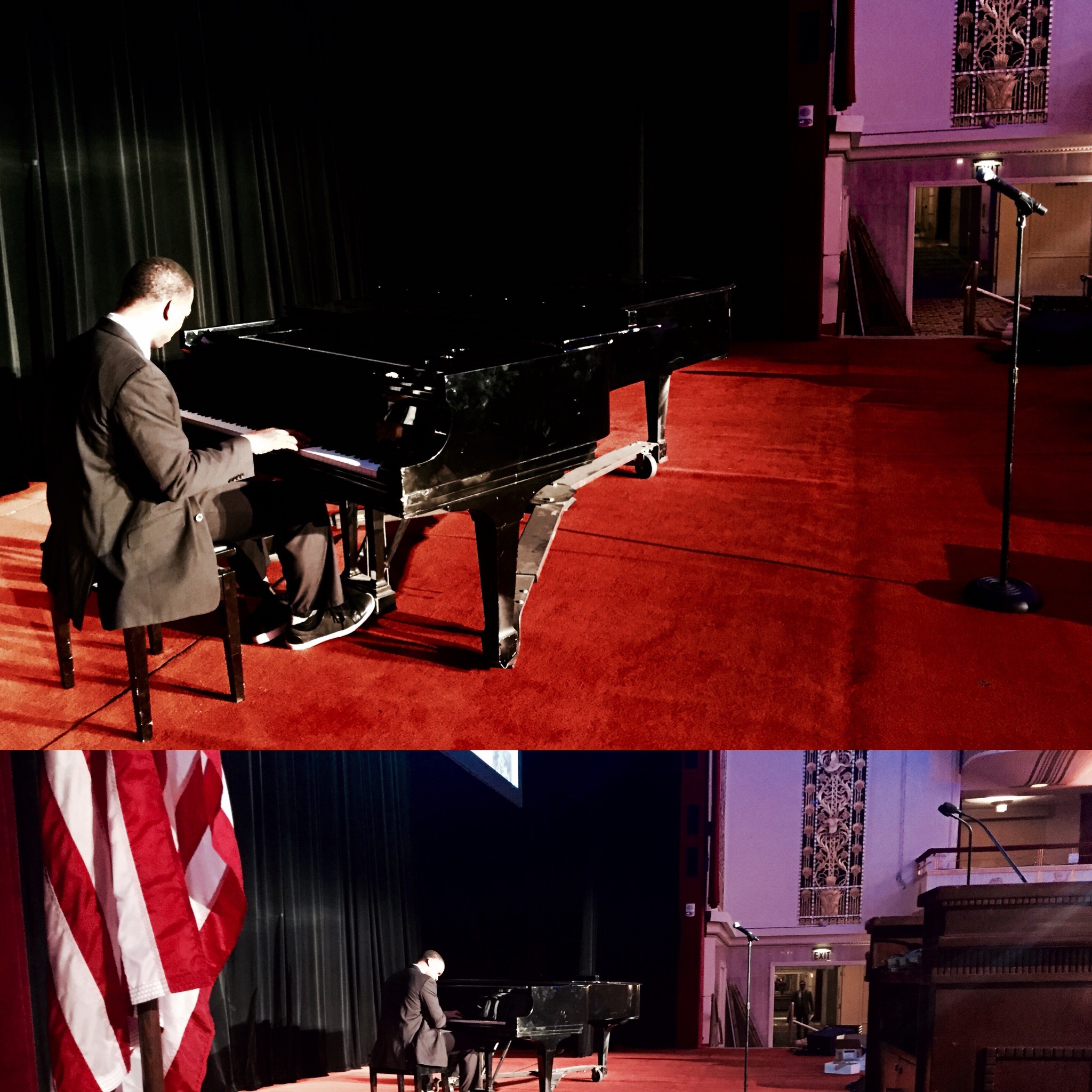 Georgetown's Wall Street Alliance raised over $1MM in support of student education. Scholarship recipients spoke in appreciation to contributors.  The President and Managing Director of PIMCO and the President of Michael Kohr's received awards as special honorees at the event.

This year I am very honored to participate as the featured artist at the event with special guest pianist Kevin Sibley.  As I entered the Grand Ballroom at the Waldorf Astoria, I felt an overwhelming sense of honor and gratitude to be a part of this 16th annual benefit.  The timing was immaculate because the mission is aligned with the message of my first original single "Legacy".

My personal intent to build unity through singing and songwriting has been a fulfilling journey beyond what I could have imagined, leading me back to home among fellow Hoyas who are actively contributing to build and empower future generations through education.  It was a powerful evening and I am grateful to have concluded the night through song, connecting with over 650 warm hearts at once with a shared purpose of granting the key to the next generation. 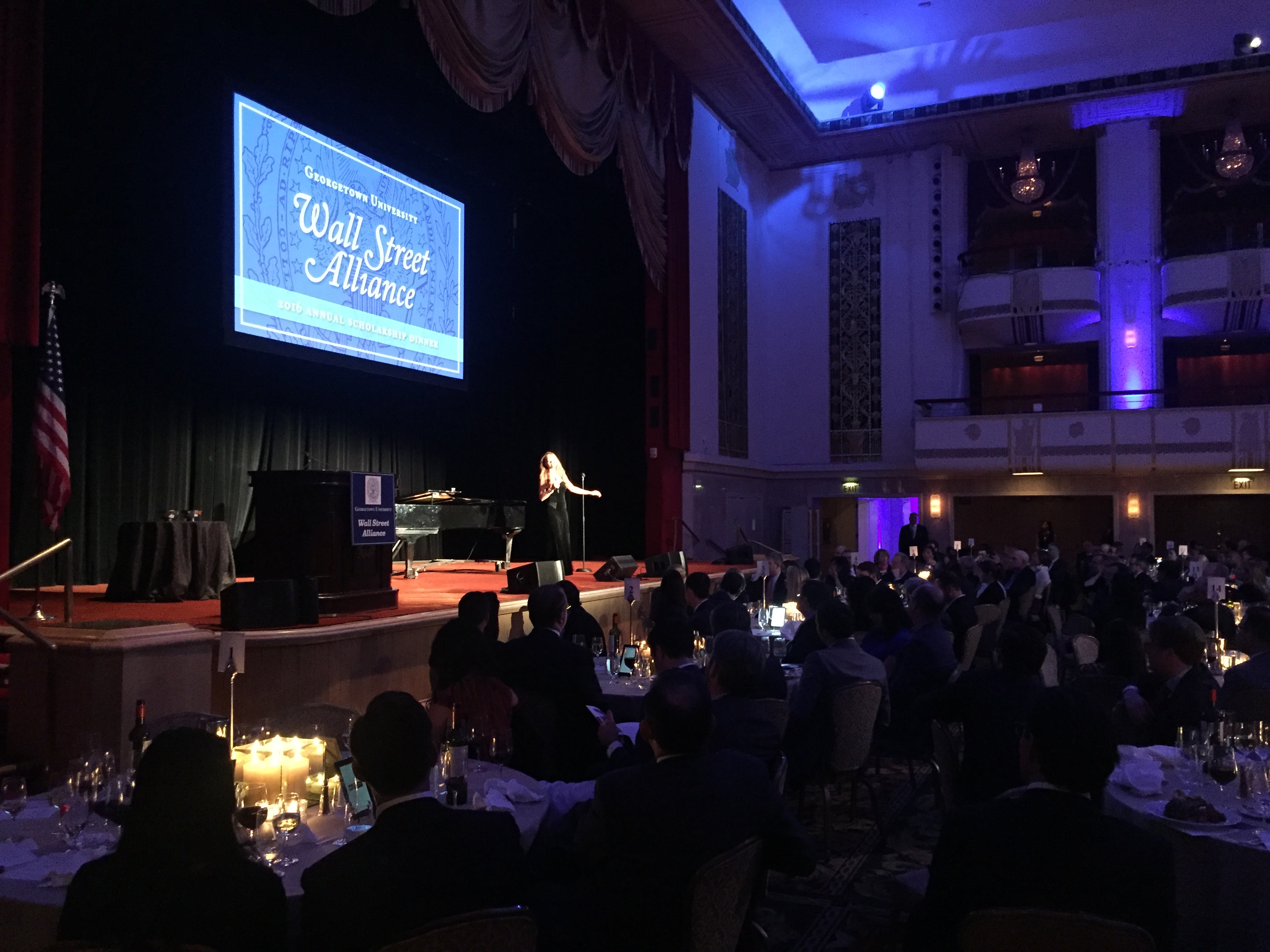 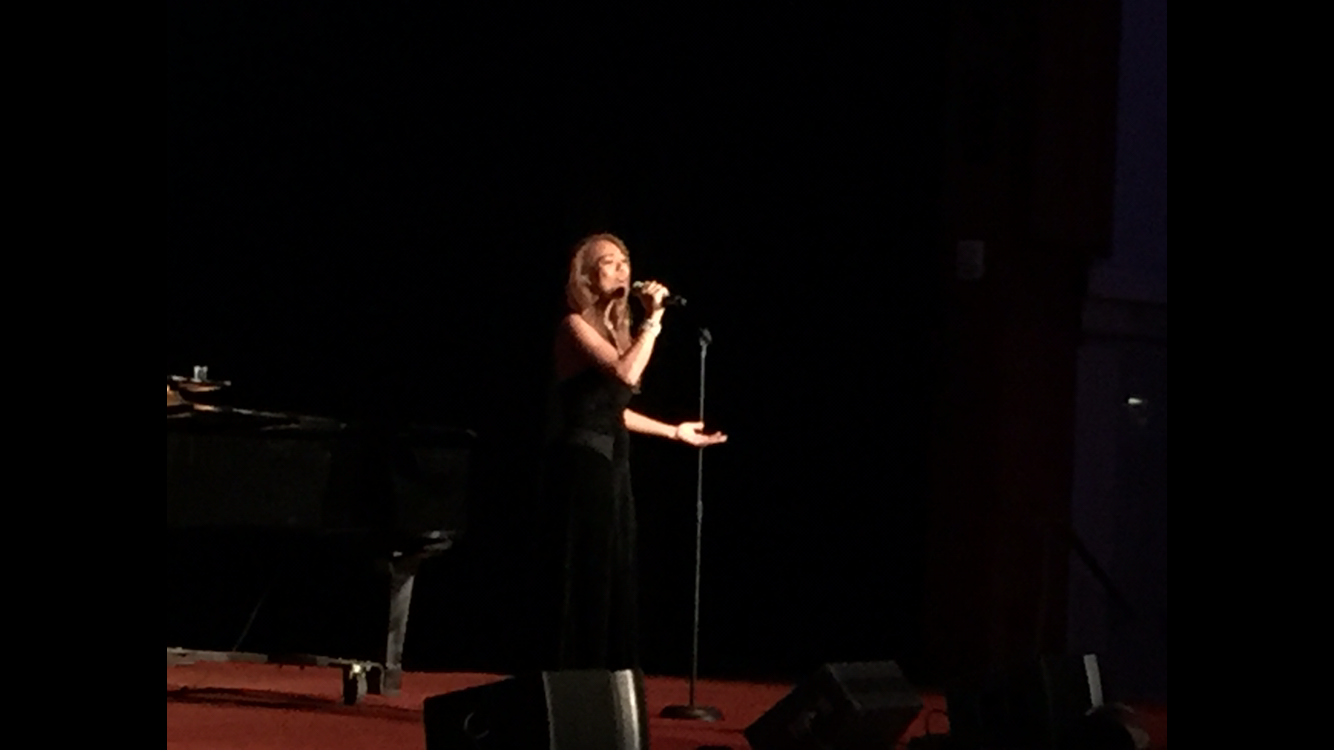 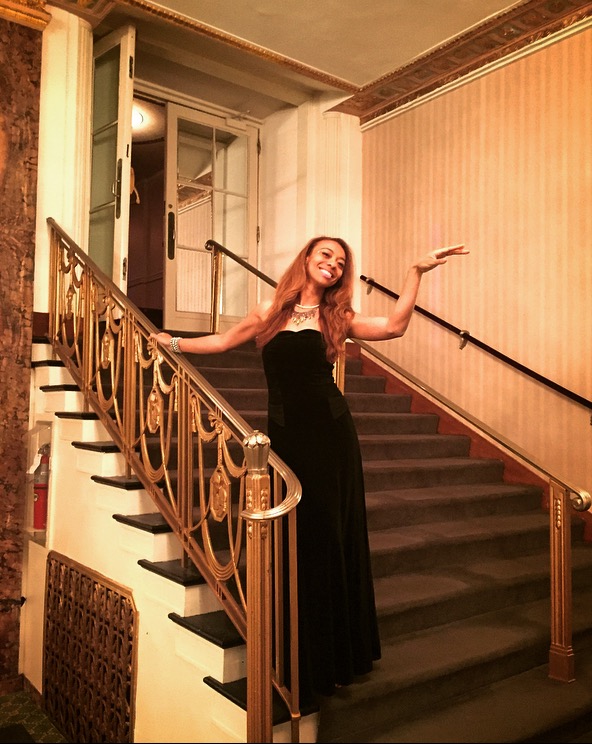 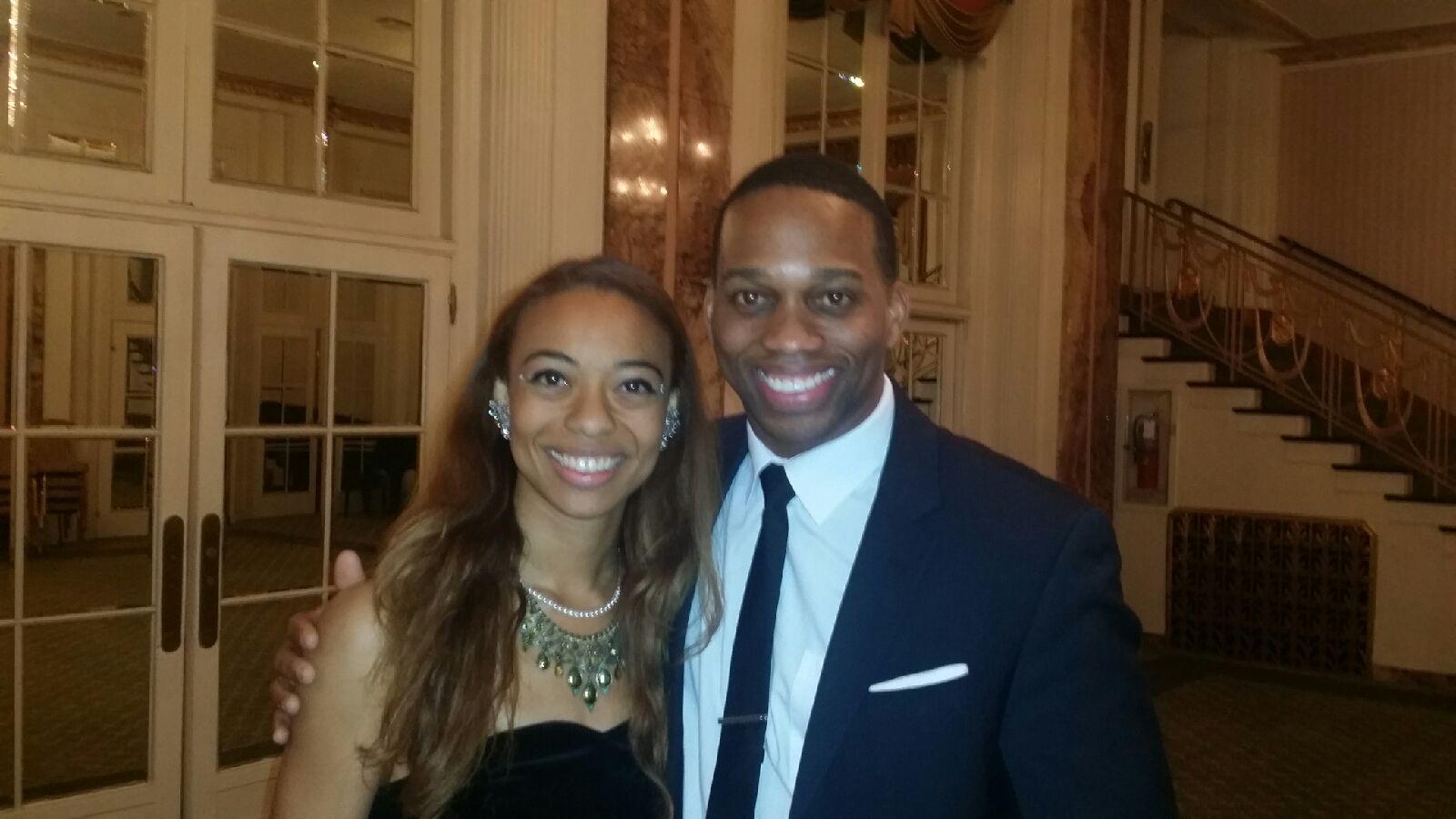 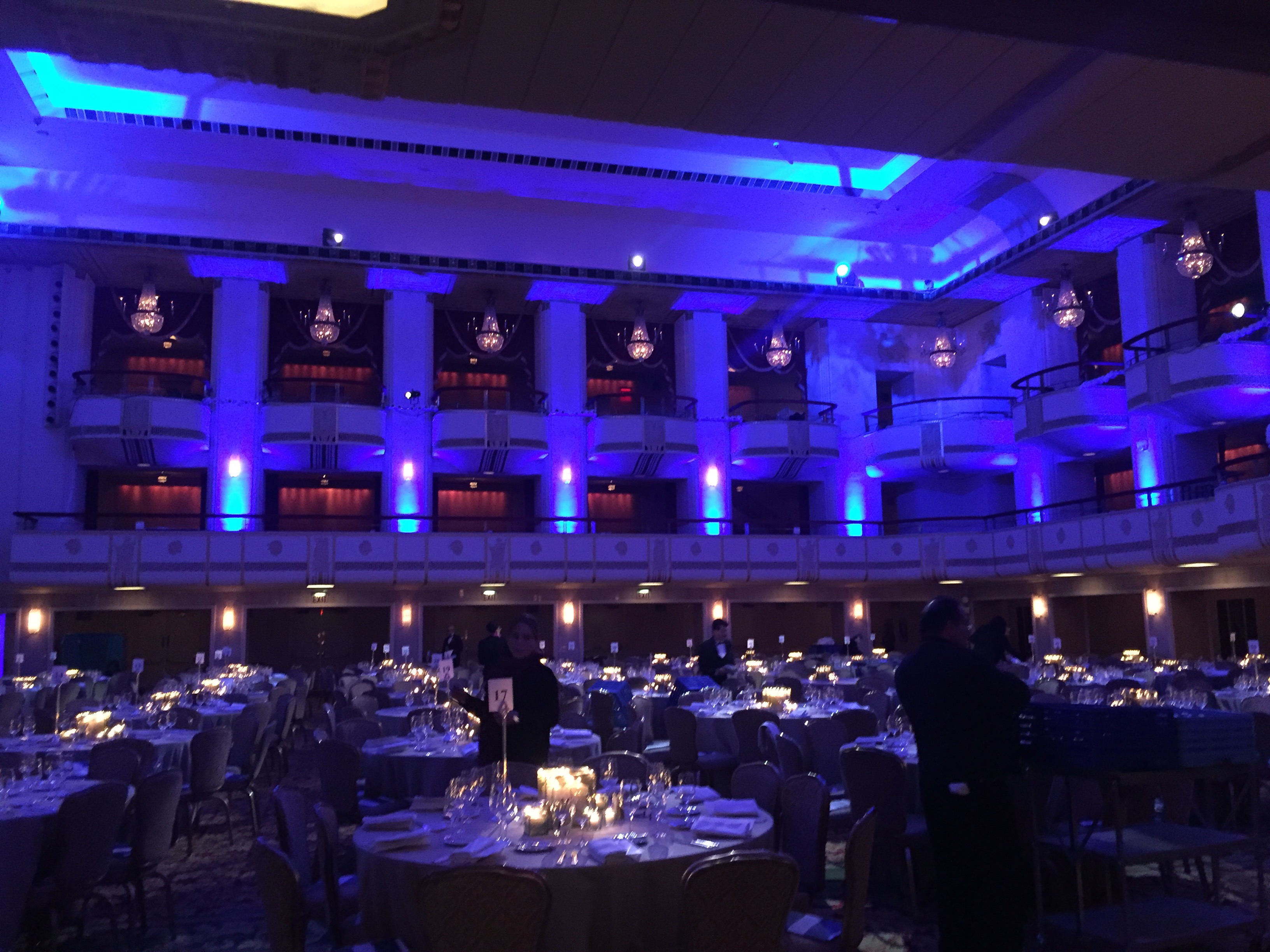 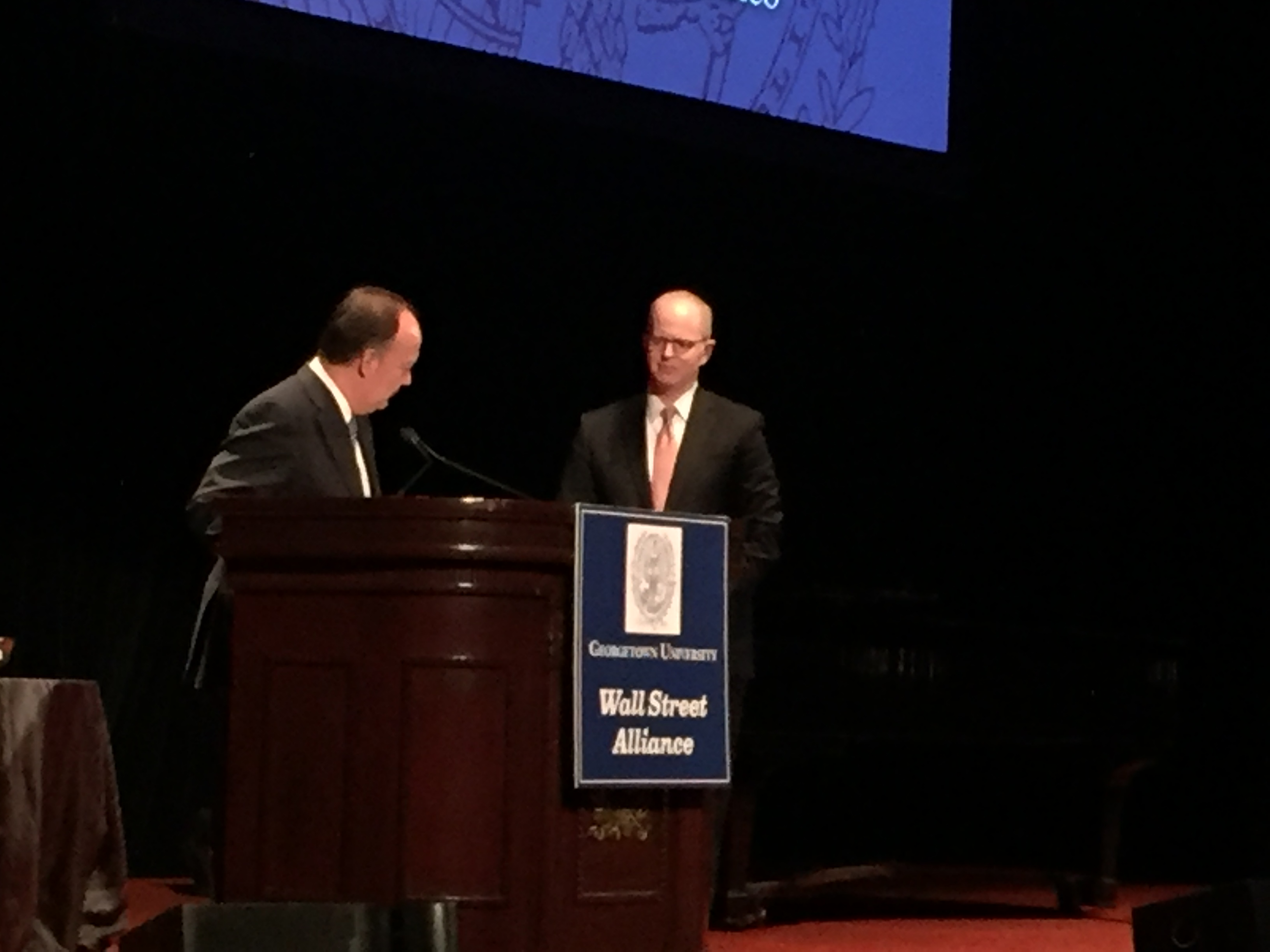 Canada and the U.S.A. picked up an original song which I sang lead on and co-wrote with talented and hardworking songwriters from Fire Hazard Productions in an episode called "Kaptain Kourtney and Skipper Scott". If you happen to indulge in this guilty pleasure, enjoy!  The song is called "Wild Ride!" 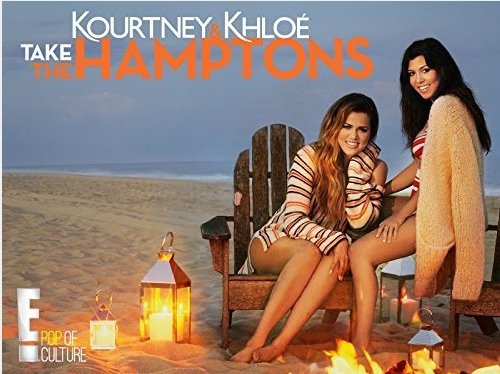